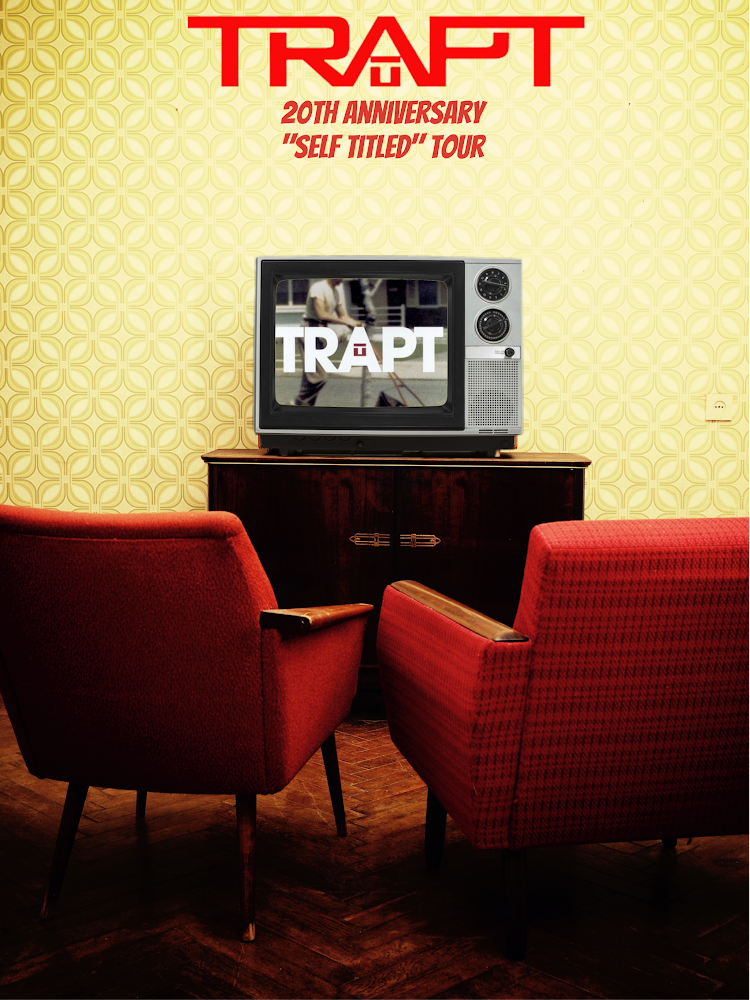 Additional Info
21 and up show with proper ID. . Doors at 7pm  Refunds  will given if show is cancelled not rescheduled.

Trapt is an alternative band from Los Gatos, California. The band formed in 1995, after meeting in high school, with members: Chris Taylor Brown (vocalist), Simon Ormandy (guitarist), Peter Charrell (bassist) and David Stege (drummer) and recorded the albums ‘Amalgamation’ and ‘Glimpse’ to sell at local shows. After the absence of Stege (drummer), the band signed to Warner Bros. Records and began recording their debut self-titled album.  The band then found their permanent drummer, Aaron Montgomery.

On November 22nd, 2002, the band released Trapt, along with the single “Headstrong”. “Headstrong” became a hit, reaching #1 on alternative charts and #16 on pop. Follow-up singles “Still Frame” and “Echo” did well, although never gaining the same praise as “Headstrong”. “Headstrong” became the official theme song of WWE Bad Blood for June 2003. Trapt eventually hit platinum. After more than one year an EP followed on March 30th, 2004, that included a new song called “Promise” along with live versions of “Made Of Glass” and “Echo”. On September 13th, 2005, the band released their sophomore album “Someone In Control” along with the single “Stand Up”. In 2010 they released "No Apologies" and with thier fifth album "Reborn" they were more adventurous in the sound, using synthesizers and samples.