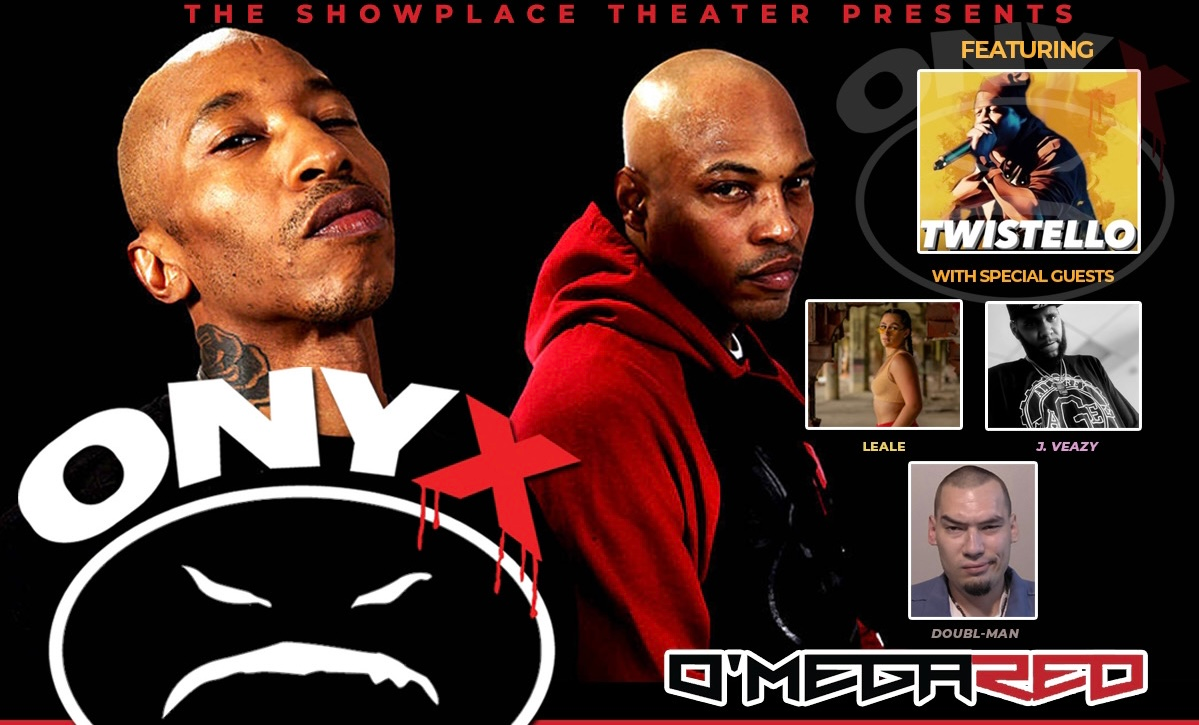 Additional Info
21 and up show .Show is standing room only. Pitt Pass Tickets are standing room only tickets located infront of the stage in a secured area.Only seating area is the Balcony 4pk ticket package which comes with private bathrooms and a waitress.. Tickets are non refundable .Tickets will be refunded if show is cancelled not rescheduled.Tickets originally purchased for the May 21 2022 & DEC 3 show will be honored for this new rescheduled date of Nov 26 2022

HEADLINER: "ONYX"
Onyx is an American hardcore hip hop group from South Jamaica, Queens, New York City, formed in 1988 by Fredro Starr, Suavé (also known as Sonny Seeza) and the late Big DS. Sticky Fingaz joined the group in 1991.. They are best known for their 1993 platinum hit single "Slam", which The Source magazine described as a song that introduce the art of slam dancing into hip-hop.

OPENER: "O'MEGARED"
Robert Grant better known as O'Mega Red, is an American rapper, CEO and record producer of The Stay Grindin Music Group and an occasional actor. He is the nephew of singer and songwriter Donna Summer